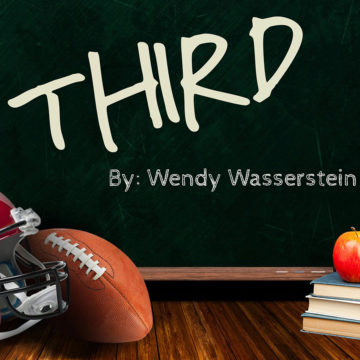 His name is Woodson Bull III, but you can call him “Third.” And Professor Laurie Jameson is disinclined to like his jockish, jingoistic attitude. He is, as she puts it, “a walking red state.” Believing that Third’s sophisticated essay on King Lear could not possibly have been written by such a specimen, Professor Jameson reports his plagiarism to the college’s Committee of Academic Standards. But is Jameson’s accusation justified? Or is she casting Third as the villain in her own struggle with her relationships, her age and the increasingly polarized political environment?