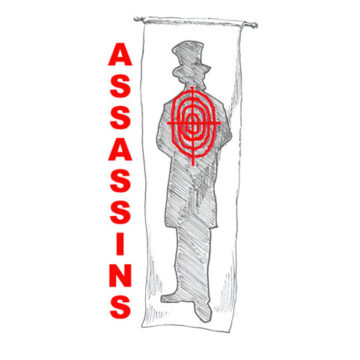 Bold, original, disturbing, and surprisingly funny, this musical lays bare the lives of nine individuals who assassinated or tried to assassinate the President of the United States. The score reflects the popular music of the eras depicted, as Sondheim and Weidman produce an unusually imaginative entertainment which examines success, failure and the drive for power and celebrity in American society.